Last May Irene Levy, KJ6CEY was arrested for causing deliberate interference on local police and fire frequencies in Hemet, CA. 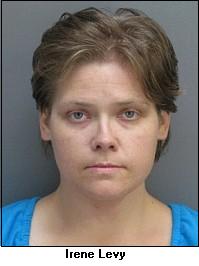 In a followup, she pleaded guilty to 7 different charges, including making bomb threats and causing interference to public service bands.

She was given 3 years probation plus her jail time served. She was also ordered to undergo psychiatric counseling.

She was arrested after a weekend of transmitting on police and fire frequencies, attempting to disguise her voice as a male during the transmissions, and making a variety of noises and threats and references to officers of the department who had died. She continued to transmit right up until a few moments before officers knocked on her door, having triangulated her position with the help of investigators from 3 different police and fire departments using direction finding equipment.

It's unknown how (or if) this will affect her ham radio license. As of now, it is still listed as "active" in the FCC ULS database.
at October 08, 2010