SSTV from the ISS

So the ISS is doing a special event this weekend commemorating the 40th Anniversary of the Apollo-Soyuz linkup by sending some slow-scan television (SSTV) images earthward to stations on the ground who can pick up their signal on 145.800 FM.

I've never done SSTV before (sending or receiving) and didn't know much about it. I checked with some stations online and found a couple of sites with information about past SSTV events from the space station, so I configured my SSTV program (MMSSTV) to the settings necessary and waited.

The first time I listened, I could hear a dead carrier, but no SSTV signals coming through. They had a decent pass over my house so I checked my antennas on two radios and heard nothing but dead carrier with occasional static. It was 7:30 Saturday morning and I was missing the McMinn County Hamfest already...

Sunday morning at about 1:30am I waited for another pass and didn't realize until it was close to the pass that it was a low pass, just barely over the horizon. However, I did hear a brief amount of flutter indicating that the ISS was now sending SSTV. I waited for the next pass at about 3:30 in the morning, and when the pass started, I didn't hear anything, and wondered if they shut the station down. But then, I heard a booming bunch of chirps and beeps and whistles and hit the receive button on my software, and here came my first SSTV image ever, and it's coming from... 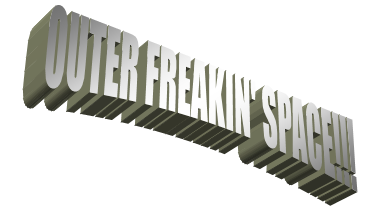 And this is the image I received, unfiltered: When I corrected the "slant effect" this is what I got: 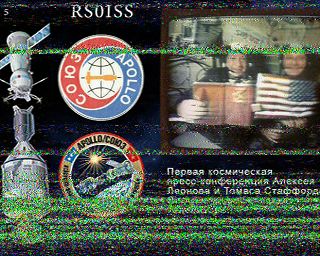 The lines across the screen are from static noise where the ISS was flying overhead and the antenna either was obstructed by something here on the ground (trees in my yard) or perhaps another segment of the station itself, such as the solar wings. Still, I'm pretty impressed with the image I received and am happy I was able to get something direct from the station itself, rather than rely on the internet.

The US passes for overnight Monday morning may be promising, but I have to get some sleep for work Monday morning. In any case, one is a great start.

For other images other hams have downloaded, check out the ISS Fan Club page for more information.
at July 19, 2015 No comments:

New URL for this blog: K4HSM.com

Just an FYI, I've finally took the plunge and reserved K4HSM.com to be used for this weblog. At least for now. I've considered revamping into a completely different website but that's a long ways off at this time.

I may sell off KHAOS.net since I have no real use for it and the plans I had for it are not going to happen. If you're interested in it, please let me know.
at July 11, 2015 No comments: