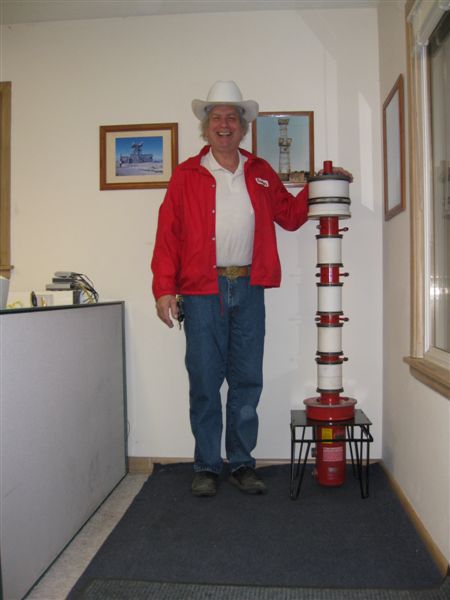 One of the suspects, Lynn M. Hajny, is the wife of a fellow ham (Albert, WB9LIV) who was reportedly going to lose his job at the business (Air Page, Corp) due to cutbacks. Albert is not a suspect in the slaying as he was unaware of his impending unemployment.

Hajny and a boyfriend, Tommy V. Douyette are charged in the attack.

According to the article:

Aegerter was found face down in the garage, his ankles and neck bound with electrical cords, his face duct-taped and several plastic grocery bags over his head, the reports said. Waukesha County Assistant District Attorney Jennifer Lough said he had broken ribs, a broken nose and "there might have been a knife involved."

Acoording to reports, both suspects have given statements basically confessing to the crime.
He reportedly did not marry or have any kids.
at June 28, 2011